This anti-pattern is about Using String instances all the time instead of more powerful objects. This is a special case of primitive obsession.

Here are some flavours of this anti-pattern: 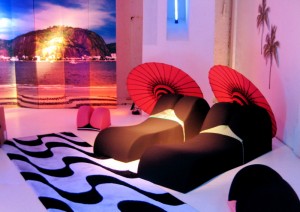 Why not use “real” Java objects instead of Strings? Value Objects would be much easier to use, and would be more efficient in many cases, whereas String obsession comes with serious troubles:

Use Value Objects, that are immutable, with efficient and safe equals() and hashcode(), the convenient toString() and every useful member method that can make them easy to use and. On inputs, convert the incoming format (e.g. String) into the corresponding full-featured object as soon as possible, and use the object as much as possible. In practice the objects can be used everywhere, everytime, as long as they remain within the same VM.

Why the String obsession?

Sure, there are some reasons why some people favour Strings rather than creating additional objects:

I strongly believe all these reasons are short-sighted, if not wrong. The burden of having to interpret the business meaning of a String each time is definitely a loss compared to creating a object with a meaning as soon as possible in i/o and use the object and its methods thereafter. Even for persistence and on-screen display, having an object with methods and accessors make our life easier than just using Strings!